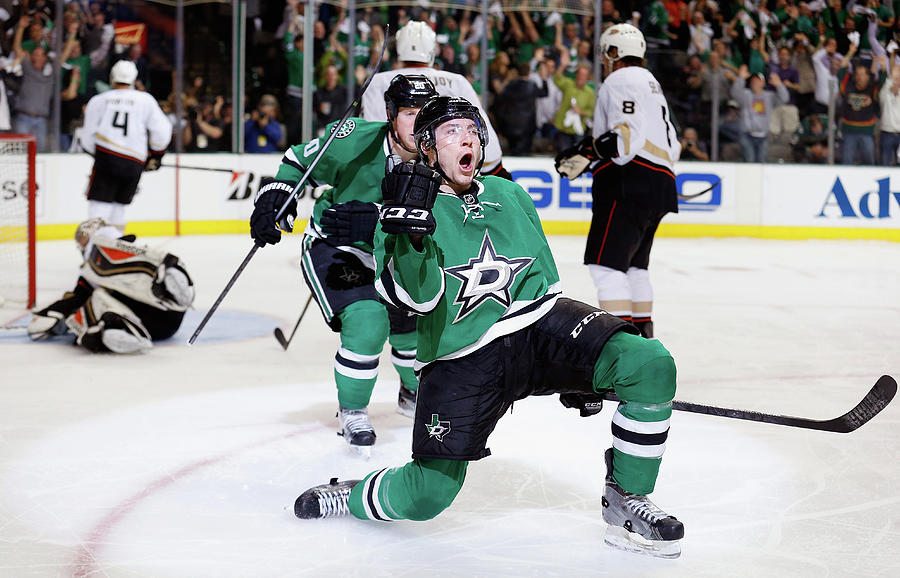 DALLAS, TX - APRIL 21: Ryan Garbutt #16 of the Dallas Stars celebrates after scoring a goal against the Anaheim Ducks in the third period in Game Three of the First Round of the 2014 NHL Stanley Cup Playoffs at at American Airlines Center on April 21, 2014 in Dallas, Texas. (Photo by Tom Pennington/Getty Images)