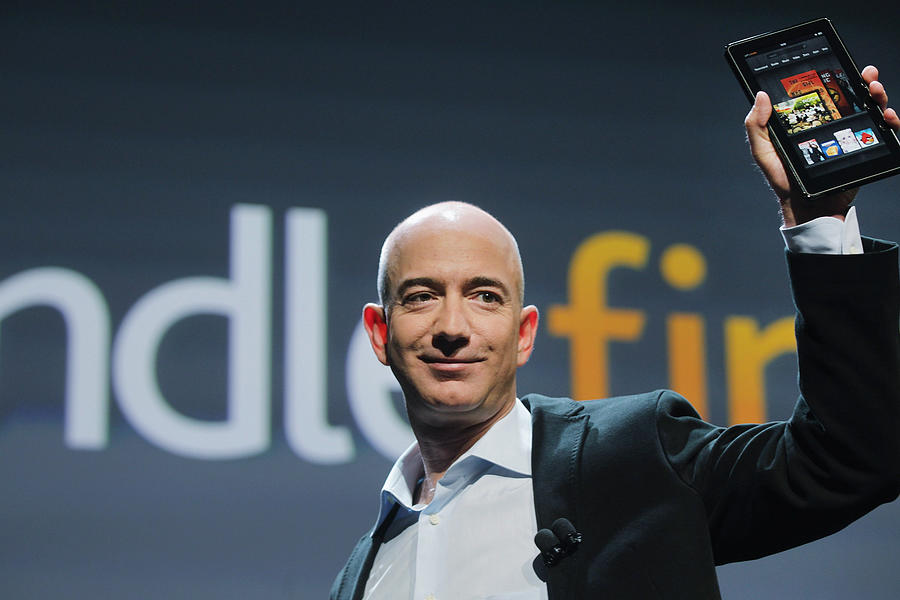 NEW YORK, NY - SEPTEMBER 28: Amazon founder Jeff Bezos holds the new Amazon tablet called the Kindle Fire on September 28, 2011 in New York City. The Fire, which will be priced at $199, is an expanded version of the company’s Kindle e-reader that has 8GB of storage and WiFi. The Fire gives users access to streaming video, as well as e-books, apps and music, and has a Web browser. In addition to the Fire, Bezos introduced four new Kindles including a Kindle touch model. (Photo by Spencer Platt/Getty Images)