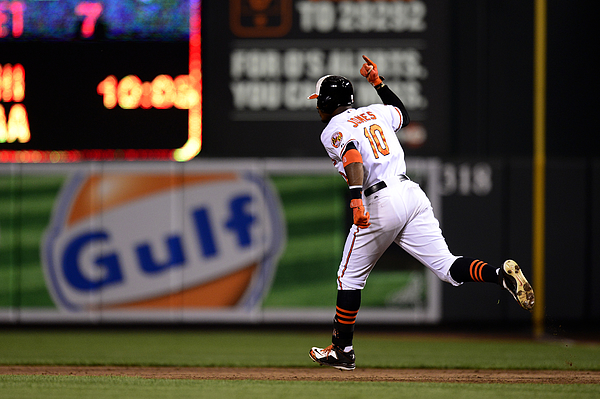 BALTIMORE, MD - AUGUST 13: Adam Jones #10 of the Baltimore Orioles celebrates as he runs the bases after hitting a three-run home run in the eighth inning during a baseball game against the New York Yankees at Oriole Park at Camden Yards on August 13, 2014 in Baltimore, Maryland. The Orioles defeated the Yankees 5-3. (Photo by Patrick McDermott/Getty Images)