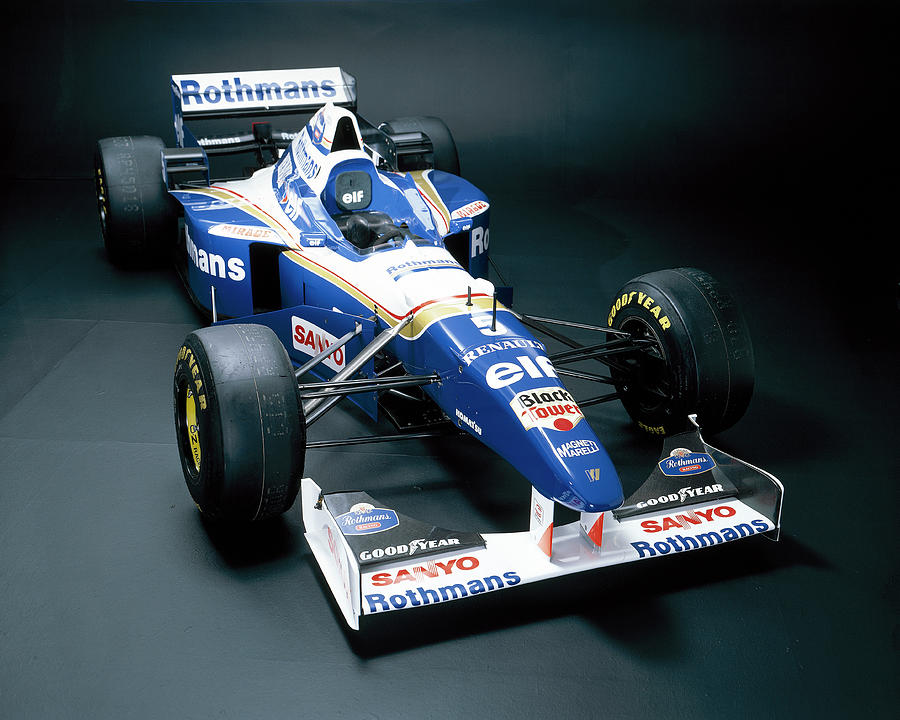 A 1996 Williams-Renault FW18. This car, Chassis 02, was used by Damon Hill as a test car to perfect the set-up for his races during most of 1996. Winning eight races and nine pole positions, 1996 was the year Damon Hill became Formula One World Champion. He followed in the footsteps of his late father Graham who achieved that status twice in 1962 and 1968. It was also the car in which Jacques Villeneuve had his first three Formula One outings, gaining a pole position and finishing second in Australia at the very start of the '96 season. The points accumulated by the two drivers presented Williams with their eighth World Championship Constructors Title. (Photo by National Motor Museum/Heritage Images/Getty Images)