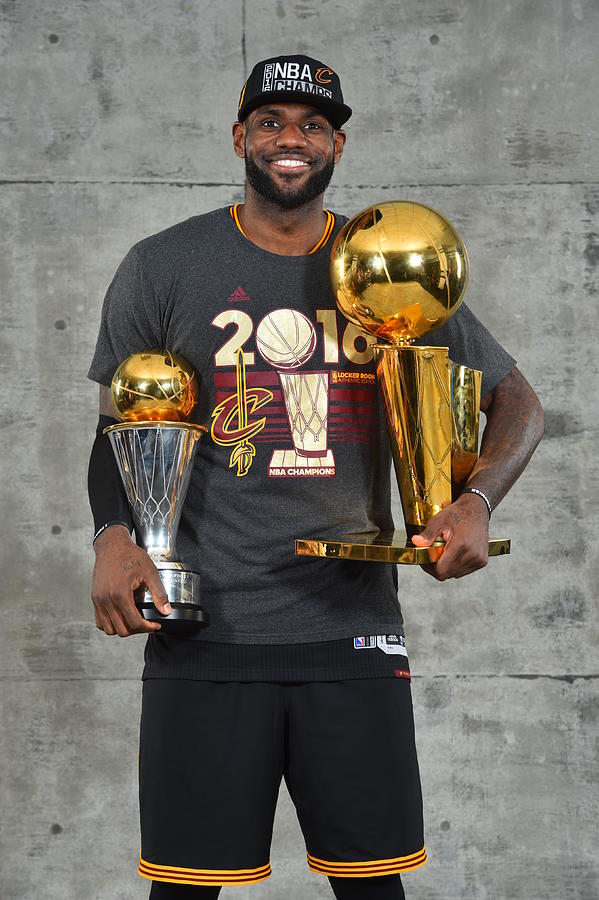 OAKLAND, CA - JUNE 19: LeBron James #23 of the Cleveland Cavaliers poses for a portrait with his MVP Trophy and the World Championship Trophy after winning the NBA Championship against the Golden State Warriors during the 2016 NBA Finals Game Seven on June 19, 2016 at ORACLE Arena in Oakland, California. NOTE TO USER: User expressly acknowledges and agrees that, by downloading and or using this photograph, User is consenting to the terms and conditions of the Getty Images License Agreement. Mandatory Copyright Notice: Copyright 2016 NBAE (Photo by Jesse D. Garrabrant/NBAE via Getty Images)