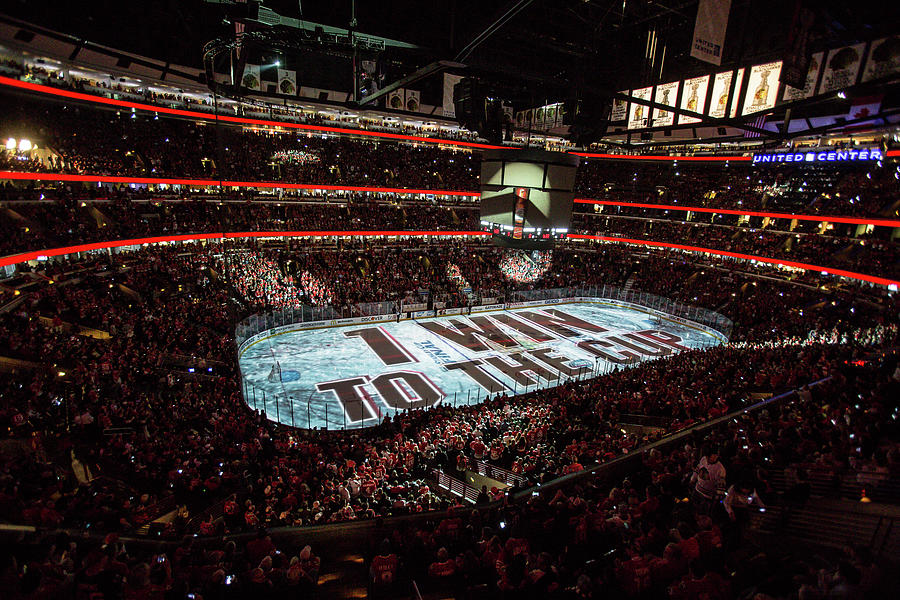 CHICAGO, IL - JUNE 15: Graphics are projected onto the ice prior to the start of Game Six of the 2015 NHL Stanley Cup Final between the Chicago Blackhawks and the Tampa Bay Lightning at the United Center on June 15, 2015 in Chicago, Illinois. (Photo by Bill Smith/NHLI via Getty Images)