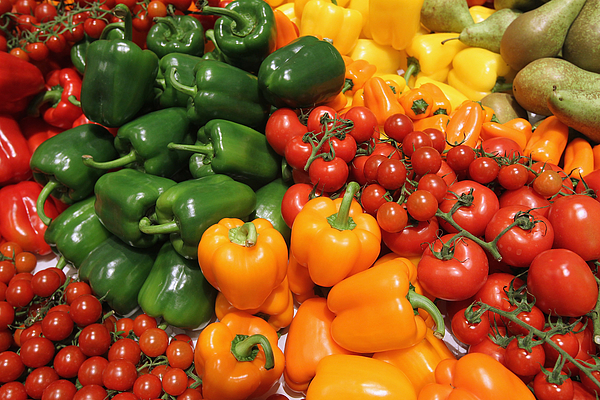 BERLIN, GERMANY - JANUARY 21: Fresh vegetables, including tomatoes and bell peppers, lie on display at the Netherlands hall at the 2011 Gruene Woche agricultural trade fair at Messe Berlin on January 21, 2011 in Berlin, Germany. The trade fair comes on the heels of a dioxon scandal in Germany that led to the recent quarantine of approximately 6,000 farms. (Photo by Sean Gallup/Getty Images)