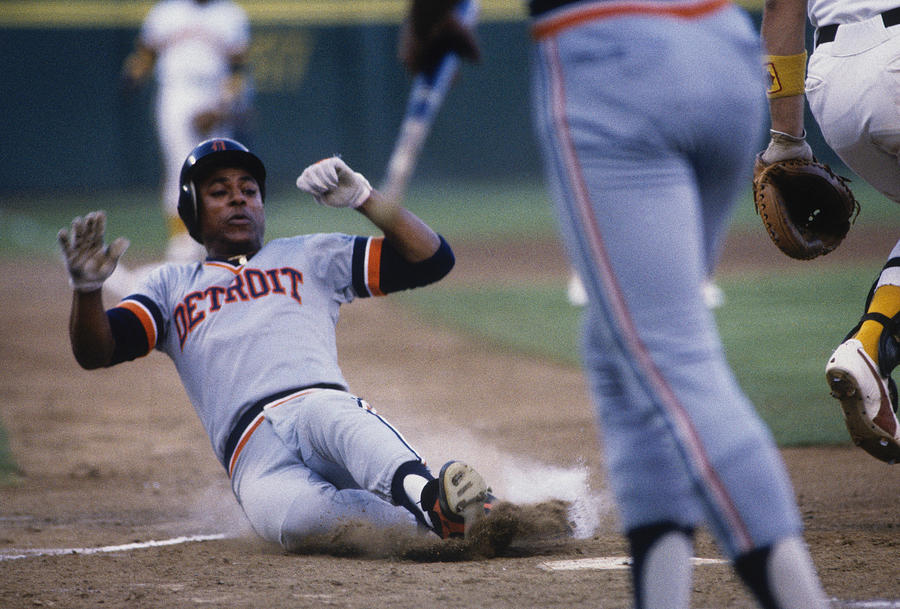 SAN DIEGO - OCTOBER 1984: Second baseman Lou Whitaker #1 of the Detroit Tigers slides across the home plate during the World Series against the San Diego Padres at Jack Murphy Stadium on October 1984 in San Diego, California. (Photo by Focus on Sport via Getty Images)