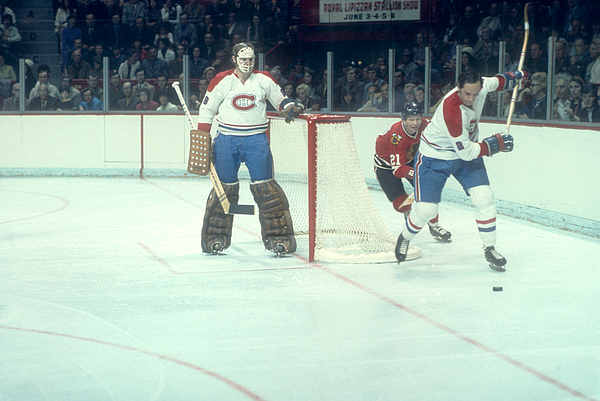 MONTREAL, QC - MAY, 1971: Goalie Ken Dryden #29 of the Montreal Canadiens defends the net as his teammate Jacques Laperriere #2 shoots the puck out of the zone as Stan Mikita #21 of the Chicago Blackhawks follows from behind duirng a 1971 Stanley Cup Finals game circa May, 1971 at the Montreal Forum in Montreal, Quebec, Canada. (Photo by Bruce Bennett Studios via Getty Images Studios/Getty Images)